How to Start a Constitution Study Group 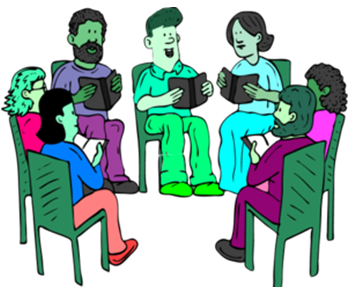 1. Find some material your group will study.  For John Chambers, in 1991, he had the Constitution. That was all. Over 25+ years, he discovered there are some preliminaries that help make it easier to learn. (See below).

2.       Find some people to be in the group. Sometimes, you already have ties to a political party or to other groups in which people talk about government, politics, horrible taxes or the like. Mention to them that you’d like to start a Constitution study group.  Some will think it is a great idea.

3.       With those ones, decide on a time and place to meet.  And how often. Usually, it can be at the home of one of the members (or, as I understand it, Rotary Clubs started by meeting at different member’s houses in rotation, hence the name "Rotary."). Meetings should be at least once a week.

4.       The first meeting is crucial. John Chambers has skype’d into the first meeting of groups just starting, just to kick it off. He says, "My pleasure to do so. A few of my books get sold, everyone wins."

Constitutional materials to use

Whoever leads the group is not important. The materials are important. Before attacking the documents, the Constitution, the Declaration of Independence, and so on, at least one basic word needs to be cleared: REPUBLIC.

If John Chambers were skyping into the first meeting, he’d run it this way:

·         To introduce himself and the subject of republic, he’d show the video “How Freedom Dies” https://youtu.be/jvrDuyBMqVE

·         Then he would distribute copies of the free online 2-page “Forms of Government” essay http://whoownsyoujoco.com/Downloads/FormsOfGovernment.pdf

·         Finally, he would go through that little 2-page essay with the group as shown in the video “Forms of Government” where he goes through it with the local study group. (Do not show the video, but go through the essay in your group in the same way it is done on the video) https://youtu.be/hyqaYma9SZ8

The study guide (mentioned in “How Freedom Dies” video) written at California Ranch School is excellent for subsequent meetings. It has a lot of commentary, definitions of words, and historical notes but the important part is the text of the Constitution and Declaration themselves.  At the weekly meetings, go through the text of the documents in a similar fashion to the definition of republic in the first meeting.

Make sure, after a section is read, that folks look at why they wrote that section. What problem were they trying to solve? And do we still have that problem today?

It will take a number of months to go through the Constitution and Declaration.